I purchased the photographed head and barrel thinking the head was for a 1960 on 650 as the Latino said 500, the barrel is a 500 (66mm) bore.
All the info I have states they the different fins didn't come in until 1960 onwards G12 etc 650.
I wanted the valve caps and seats as a pattern. As it turns out this is fitted with the longer valve stems and springs and has the same Spring seat and cap as the later G12, so I've machined some nice ones for my G12 project.
Can anyone identify which early model had the afore motioned changes made to the 500 as all the ones I've seen did not have these fins under the exhaust port or longer valves etc. The exhaust outlet is 1.5" and the top spigot is 3". 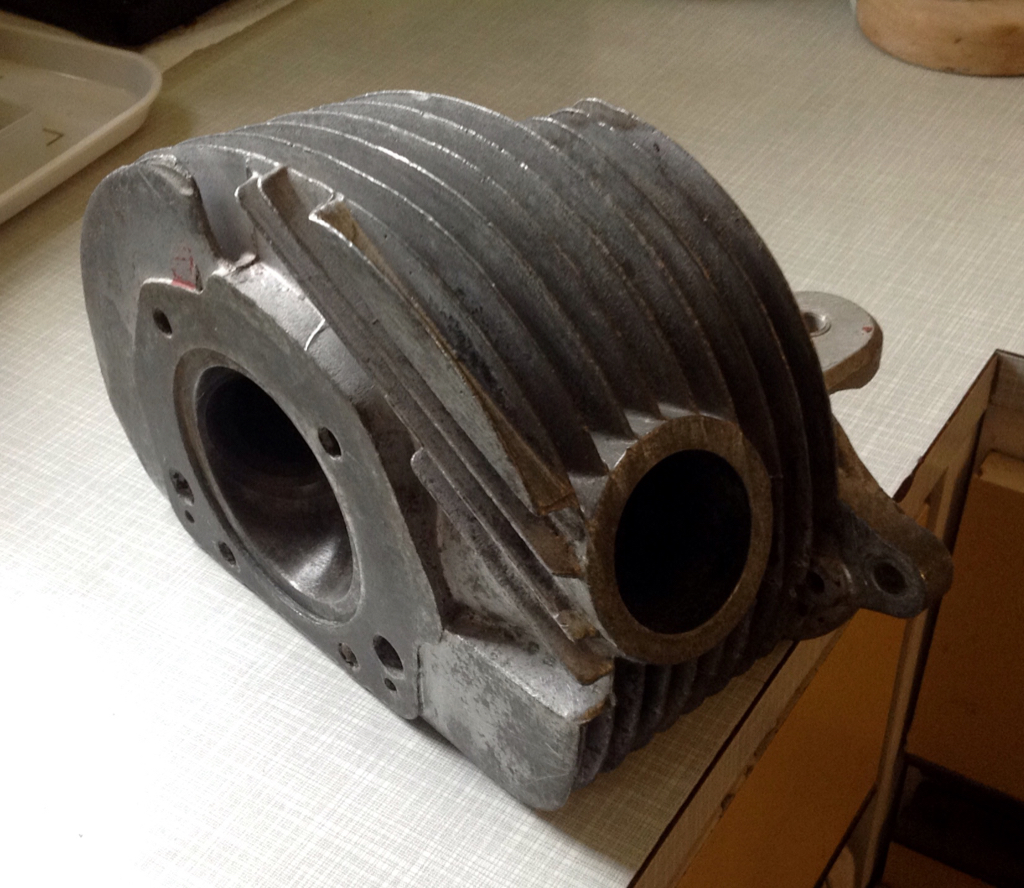 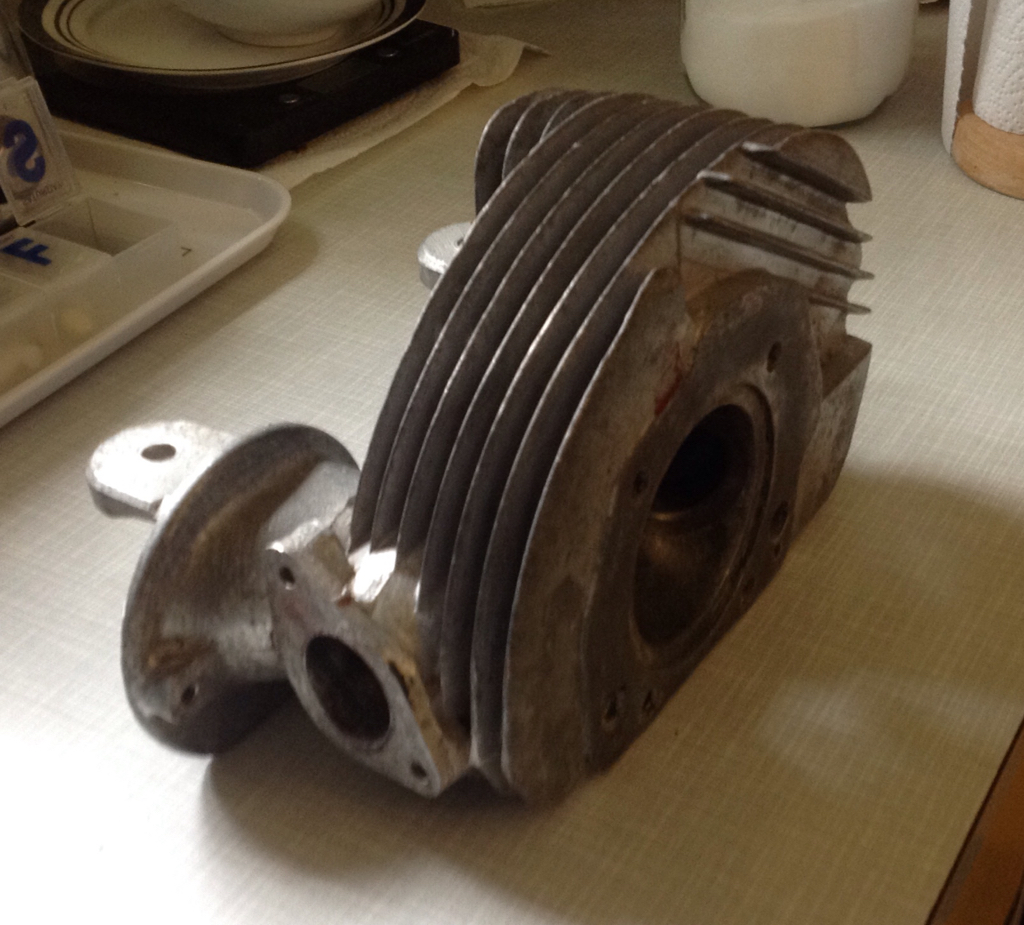 Cheers Dave did wonder if they had. It was sold as a 1955 head and barrel. Didn't think it was right.

Users browsing this forum: No registered users and 9 guests